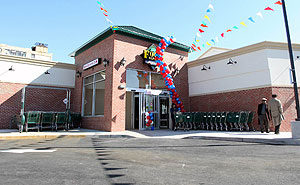 Love and Long, L.L.P. represented Brick City Development Corporation, Newark’s economic development catalyst, in its financing of the redevelopment of 75 First Street as a 31,000-square-foot Food Depot Supermarket in the city’s Central Ward as an important step in bringing affordable, healthy foods to Newark’s poorest neighborhoods. The $8 million project, funded by a mix of private investments and grant money, is part of the Brick City Development Corporation’s Fresh Foods Program, which was created in Newark to increase the number of fresh food retailers and the capacity of small groceries in the city to address the health effects of poor nutrition while spurring economic development.